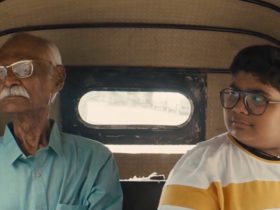 The album, TYRON, will be released on February 5, 2021, via Method/AWGE/Interscope. The musical artist will be featured in the new album including, ASAP Rocky, Skepta, James Blake, Dominic Fike, Mount Kimbie, Denzel Curry, and Deb Never. In the meantime, the new music video, ‘NHS’ is directed by THE REST, produced by Andy Picton.

Slowthai wrote about the song ‘NHS’ via Twitter, “my new single ‘NHS’ is out now. I wrote this track as a reminder to always appreciate what you have whilst you have it. be happy and make do with what you have. things could always be better but things could also be worse. thank you for everything.”

Slowthai said that the album was “created during a difficult time in my life. I am far from perfect, but I’ve learned a lot about myself while creating this album and I will continue to grow into a better person for myself and aim to be a reflection of what I want to see in this world.

“I hope this album can be the light if you’re in the dark, and to know that you’re not alone,” he added. “It’s OK to be yourself, fuck everything else. Learn, grow, aim to better than you were yesterday.”