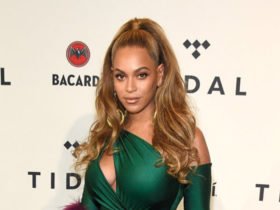 On 13th Aug(Yesterday), the rapper announced teased the tribute song and sharing a photograph of himself standing next to a Nipsey mural via Instagram and wrote that “a tribute to my neffew Nip comin tomorrow 🙏🏾.” It has been one year, He continues to celebrate the life and legacy of Nipsey Hussle.

Snoop said, “After Nipsey Hussle passed away, a lot of gang members that hadn’t talked in 30, 40 years came together. They really loved each other as friends, but through all the madness and ignorant bullshit they could never get any conversation going.

“It’s like when the [Los Angeles] riots happened in 1992 and we later made The Chronic. That’s what this track is like, the same feeling. I wanted to have a record that can unify people based off of a tragic event that can lead to some positivity and peace. We all need to be together now: Bloods, Crips, black people in general.”

This is not the first time Snoop paid tribute to Nip through music, Snoop’s track samples Dorothy Moore’s 1976 record “Misty Blue,” and first options the rapper singing together with the pattern altering a few of the lyrics, like “baby” to “homie” and “Misty” to “Nipsey.”

Last Month, DMX and Snoop Dogg went head-to-head in the latest Verzuz battle on July 22. During the match, both men ran through their hits, praising each other and jumping on each other’s songs the entire time.