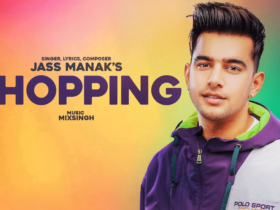 American rapper & singer, Snoop Dogg has revealed that, he is going to release his new album, ‘Take It From A G‘ next month. Check out the post below.

Snoop Dogg shared the little video clip on his new album on Instagram account, where he is talking about his new hip hop songs, a woody car sound comes up in the video, & he looks like his old school personality, he mentioned on the wall the name and release time of the project, then the music starts and Snoop Dogg begins to rap, “Man c’mon Magic, you said it. You called it,” while referring to basketball Hall of Famer Magic Johnson. “King James and LeBron were double trouble! Can’t fault Magic.”

Then he raps, “Dippin’ slow, sittin’ low, tippin’ up the streets, Girl you know how it goes when you with a G. Ain’t no disrespect talk you talkin’ to a P, always been a boss I can put you on your feet. Real icon, I’m the biggest from the Beach. Making all this money, I can get it in my sleep. Might let back the top so she can feel the breeze. The game’s sold not to be told, you can’t take it from a G.” He has not disclosed the tracklist of his upcoming album yet.