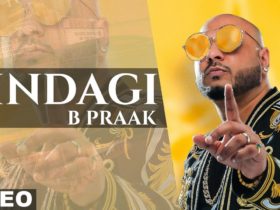 The popular musical group Sports Team has revealed the dates of its 2021 UK tour. – Check out the dates below.

The musical group is all set to take a show in Dublin, Leeds, Manchester, Nottingham, Glasgow, and Bristol. The tour will culminate with a headline show at London’s Brixton Academy on April 29. Tickets for the shows go on general sale on June 26 at 9 am.

Sports Team took Instagram and shared a tour post with the caption, “Playing some big rock shows in April. Hits only. Tickets on sale Wednesday, link in bio for early access 🤝”

Last week, Lady Gaga dashed Sports Team’s hopes of securing a Number One album with their debut LP ‘Deep Down Happy‘ following a tight race to the top of the UK’s official charts.

“It was Blur Vs Oasis, and we were Oasis,” said Sports Team in response. “Took it closer than we had any right to. Will be paying back the IOUs well into our forties but fuck it. What a ride. Love you all.