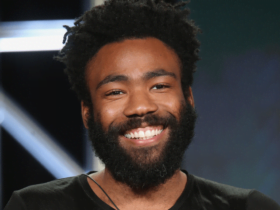 The music streaming application, Spotify has released its new personalised wrapped-like feature named ‘Only You’.

Yesterday on 2nd June, The company released the feature, it is all about celebrating how you listen. It creates six new lists which show your music organized according to a number of new categories. NME reported.

Spotify mentioned, “Your Sun sign details the artist you listened to most over the last six months, Your Moon sign demonstrates an artist you listen to that best shows your emotional or vulnerable side. Your Rising sign brings it all together with an artist you’ve recently connected with.”

‘Your Audio Birth Chart’ creates a playlist around your birthday/horoscope. Meanwhile,  ‘Your Dream Dinner Party’, creates a personalised Spotify Mix dinner party playlist after you select three of your own musical dinner party guests.

‘Your Genres/Topics’ is based on features that “set your listening apart” from others whilst the category, ‘Your Time Of Day’, tells you which music you listen to most at certain times of the day.

One list shows you which years of music you listen to the most frequently (‘Your Song Year’) while another looks at your most unusual artist pairing (‘Your Artist Pairs’), showing a disparate mix of artists you have listened to one after the other, for example.

A further separate feature launched by Spotify today was the ‘Blend’ feature which allows two friends to merge their music into one playlist which both friends can listen to.

In the meantime, recently, Spotify has confirmed that it will increase the plan price of its subscription options in 12 territories, including the USA & UK.