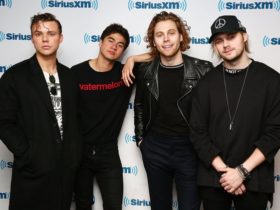 5 Seconds of Summer ‘Old Me’ Official Video Out Now

The British rapper Stormzy has released his new diss rap called “Still Disappointed“. Again he came back with his new diss, This new diss came after the Godfather of Grime said to Stormzy was that “he is worse than Ed Sheeran” on his own song, ‘Eediyat Skengman‘.

Stormzy says in the rap : “If I see your mum down Croydon market / I’m gonna rip that weave off her head, dead,” lots of things he is saying in this diss rap. Must listen it below.

Wiley has dropped ‘Eediyat Skengman 2‘ for the response of this song, which sees the rapper take aim at Stormzy’s mother.

STORMZY – STILL DISAPPOINTED Out Now! Like this track? Download or add it to your favourite Spotify/Apple Music playlist by clicking HERE: https://stormzy.lnk.to/HITH

Stormzy(Real Name Michael Ebenazer Kwadjo Omari Owuo Jr.) is a British rapper, singer and songwriter. In 2014, he garnered attention on the UK underground music scene through his Wicked Skengman series of freestyles over classic grime beats.