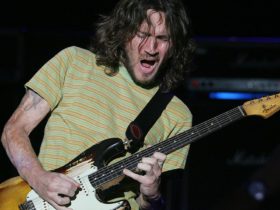 British rapper & singer, Stormzy has returned with his epic solo new track named “Mel Made Me Do It.” Watch the full music video below.

The track, “Mel Made Me Do It” is a seven-minute single that arrives with a nearly 11-minute video directed by the filmmaker KLVDR, which includes cameos from an eclectic cast of characters including track star Usain Bolt, documentarian Louis Theroux, and soccer manager José Mourinho.

It is widely speculated that “Mel Made Me Do It” will appear on Stormzy’s forthcoming third album, which he has said earlier this year will release before the end of 2022.

He teased the album at the first show of his most recent UK tour, with footage of himself working on the album. Stormzy’s last album Heavy Is The Head dropped in 2019.