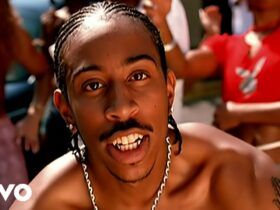 Pop rock music is one of the most famous music genres around the globe. In fact, you can’t deny that pop music artists, the best known for their record singles and albums that topped the charts in different countries. Whether it is new pop rock bands or old, they have made their reputation as no one could forget.

The Beatles is one of the most prominent Pop Rock Bands, formed in Liverpool in 1960. The band includes Paul McCartney, Ringo Starr, John Lennon, and George Harrison.

Moreover, The Beatles have won several accolades that include fifteen Ivor Novello awards, seven Grammy awards, four Brit awards, and an Academy award. They also got into the Rock and Roll Hall of Fame in 1988.

Maroon 5 is a popular Pop rock band. Initially, Adam Levine, Jesse Carmichael, Ryan Dusick, and Mickey Madden while they were in high school formed a band, Kara Flowers. Later, it reappeared as Maroon 5.

The band debuted with the album Dreaming Out Loud. It became platinum certified by the Recording Industry Association of America(RIAA). The third album “Native” becomes the band’s first top-ten album on Billboard 200.

Moreover, One Republic’s fourth album Oh My My was among the most successful albums. It ranked No.3 on Billboard 200 chart. Further, the singles Apologise, Stop & Stare and Say All I Need were the band’s biggest hits.

Eagles are one of the most popular pop-rock bands, formed in Los Angeles in the year 1971. The band consists of Don Henley, Bernie Leadon, Glenn Frey, and Randy Meisner.

Later, Timothy B. Schmit and Joe Walsh joined the band. Their debut eponymous album was a great hit. The first single Take It Easy reached No. 12 on Billboard Top 100.

Furthermore, the compilation album “Their Greatest Hits” became the highest-selling album of the century in the US. The group was inducted into the Rock and Roll Hall of Fame.

In fact, they are one of the best-selling artists of all time. Some of the most successful albums are X&Y, My Universe, Parachutes, Wannabe, A Rush of Blood to the Head, etc.

They released their debut album “Boy” in 1980. The 1983’s album War become their first No. 1 in the UK. U2 got commendable success with their fifth album The Joshua Tree.

In fact, they won twenty-two Grammy awards which is more than any other band. The Rock & Roll Hall of Fame was inducted U2 in the year 2005. The band also campaigned for social justice and human rights.

ABBA is one of the most influential pop-rock bands. The supergroup was formed in 1972 in Stockholm. It was Sweden’s first winner of the Eurovision Song Contest.

In fact, the band was an acronym for the first letters of the members’ names. It consists of Agnetha Faltskog, Bjorn Ulvaeus, Benny Andersson and Anni-Frid Lyngstad.

The album “Waterloo” was the first hit for ABBA. It became No.1 in nine countries and also made the top ten in other countries as well. The albums Greatest Hits, Arrival and Voulez Vous brought immense success to the band.

Queen is a popular rock band formed in 1970. It included artists Freddie Mercury, Roger Taylor, John Deacon, and Brian May. Initially, Taylor and May worked together in the band Smile.

Afterwards, Freddie Mercury joined the group and gives a suggestion of changing the band name to Queen. In 1971, John Deacon joined the band. Their debut album Queen was released and charted in the UK.

Queen II, Sheer Heart Attack, and A Night at the Opera brought the international band success. The band has received various awards for their contribution to music.

The other former members of Metallica consist of Ron McGovney, Jason Newsted, Dave Mustaine, and Cliff Burton. Metallica’s six studio albums have consecutively debuted at No.1 on Billboard 200.

Significantly, the album Master of Puppets is considered to be one of the heaviest metal albums. The self-titled album was one of the best-selling albums at that time.

In 1973, the band released its eponymous debut. It peaked at No. 21 on the US Billboard 200 chart. Afterwards, Aerosmith released a number of multi-platinum albums.

Indeed, Aerosmith won Grammy awards, American Music Awards, and MTV Video Music Awards. In 2001, it was inducted into the Rock and Roll Hall of Fame. The band received twenty-one Top-40 Singles on the US Hot 100 and nine number-one Mainstream Rock hits.

The Beach Boys is one of the renowned pop rock bands. It was formed in California in 1961. The band includes Carl Wilson, Brian, Dennis, Al Jardine, and Mike Love.

The single The Man With All The Toys peaked at #6 on US Billboard Christmas Chart. Another song “Surfin’ U.S.A.” was a big hit. The song Good Vibrations and the album Pet Sounds made them more popular.

Indeed, The Beach Boys is one of the most influential bands of all time. Rolling Stone ranked it #12 on the list of 100 Greatest Artists of All Time. In 1980, the band got a star on the Hollywood Walk of Fame.

Further, The band consists of vocalist Hayley Williams, drummer Zac Farro and guitarist Taylor York. In 2009. their debut album All We Know Is Falling(2005) reached #4 on the UK Rock Chart.

The album Brand New Eyes reached #2 on Billboard 200 chart. Apart from it, singles like Still Into You, The Only Exception, Crushcrushcrush, and Ain’t It Fun, brought tremendous success to the band.

Later, Stevie Nicks and Lindsey Buckingham joined the band. The self-titled album reached #1 in the US. The second album “Rumours” became one of the best-selling albums.

After the departure of Buckingham, Neil Finn and Mike Campell joined Fleetwood Mac. The band received a star on the Hollywood Walk of Fame in 1979. Not only this but they were also inducted into the Rock and Roll Hall of Fame.

The American rock band Fall Out Boy was formed in 2001. Its members are Patrick Stump(vocalist, guitarist), Andy Hurley(drummer), Pete Wentz(bassist), and Joe Trohman(guitarist).

Their initial albums Take This To Your Grave, From Under The Cork Tree, and Infinity on High were big hits and the band rose to prominence. The third(Infinity on High) and sixth album(American Beauty/American Psycho) peaked at #1 on the Billboard 200.

Though the band was famous as a pop punk band, It included pop rock, emo, alternative rock, electropop, punk rock, and power pop with elements of R&B, electronic, hip-hop, and hardcore punk.

R.E.M. is one of the most popular pop rock bands of all time. Bill Berry(drummer), Mike Mills(bassist), Micahel Stipe(vocalist), and Peter Buck(guitarist) formed the band in 1980.

Some of the best albums of R.E.M. include Reckoning, Green, Out of Time, Automatic for the People, and Document.

Jonas Brothers are a pop rock band formed in 2005. It consists of brothers Joe Jonas, Nick Jonas, and Kevin Jonas. In 2008, they starred in the Disney Channel Original movie “Camp Rock” and its sequel Camp Rock 2.

Besides, they starred in the Disney Channel series “Jonas”. Their debut studio album It’s About Time was released in the year 2006. The second album Jonas Brothers(2007) debuted at No.5 on the U.S. Billboard 200.

The pop boy band One Direction was established in the year 2010. It is often referred to as 1D. It includes Liam Payne, Niall Horan, Harry Styles, Zayn Malik(past member), and Louis Tomlinson.

The albums Take Me Home, Four, Up All Night, Made in the A.M. and Midnight Memories topped the charts in various countries. One Direction became the first band to have their first four albums debut at No.1 on Us Billboard 200.

One Direction is one of the best-selling boy bands of all time. They have won numerous accolades including American Music Awards, Brit Awards, Billboard Awards, Teen Choice Awards, etc.

The Police is a rock band from London established in 1977. The group consists of Sting, Stewart Copeland, Andy Summers, and Henry Padovani. They released their debut album Outlandos d’Amour which reached #6 on UK Albums Chart.

The singles Message In a Bottle, Every Breath You Take, Walking On The Moon, and Don’t Stand So Close To Me proved to be the biggest hits of the band.

Chicago is one of the prominent pop rock bands. The band described itself as a rock & roll band, it also includes styles of jazz, classical music, pop music, and R&B.

Chicago has 18 platinum, 23 gold, and 8 multi-platinum albums. Its first album Chicago Transit Authority inducted into the Grammy Hall of Fame in 2014. In 2020, the band has received Grammy Lifetime Achievement Award. 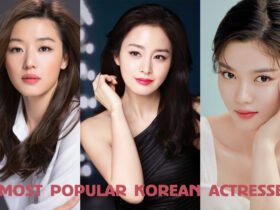