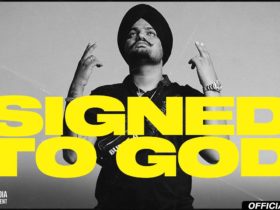 This is the new anthem especially for Independence day, sung by Sukhwinder Singh, it was inspired by Trell community coming together to celebrate the art of storytelling and the spirit of Independence day. The Anthem’s title ‘Keh Jo Kehna hai’ is reflective of younger Indians using the platform to share their stories, stories that unite the entire nation together regardless of language, faith, gender, or social status.

MUST-READ – Listen To Independence Day Special ‘Together As One’ By A.R. Rahman With 65 Singers More

The film was conceptualized, shot, and sung during the lockdown. Providing the perfect vocals, the Lead singer Sukhwinder Singh was immediately hooked to the concept and the lyrics of the anthem and said that it connected with him and he could envision the youth on the platform sharing their stories.

Trell said, “The #Anthem, Keh Jo Kehna hai is dedicated to the dreamers, storytellers, artists, the expressionists, the shy ones, the loud ones and the quiet ones, the ones who watch things and to the ones who silently listen.”

All of the people within the video are creators from Trell who shared their journeys and tales behind being a creator on the platform and the way it offered them with a goal beyond the odd.

The lyrics are reflective of their feelings and the way the platform encourages folks to return out as they’re and share their passion, pursuits with the nation that’s ready to listen to them out. Independence, freedom, and variety is the central essence of the platform itself.