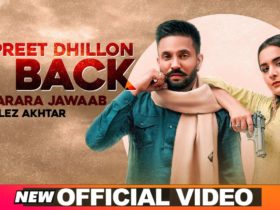 American singer, Summer Walker has released her brand new long-awaited album, ‘Still Over It.’ Listen to the full album below.

‘Still Over It’ is Walker’s follow-up to her 2019 debut Over It. It includes Walker’s recent single “Ex for a Reason” (featuring City Girls’ JT), as well as a new collaboration with SZA called “No Love.”

“Take this opportunity to learn from my mistakes. You don’t have to guess if something is love. Love is shown through actions. Stop making excuses for people who don’t show up for you.

“Don’t ignore the red flags. And don’t think you have to stay somewhere ’cause you can’t find better—you can and you will. Don’t settle for less—you don’t deserve it and neither does your family.” —Summer Walker, in an exclusive message she provided to Apple Music about her second album