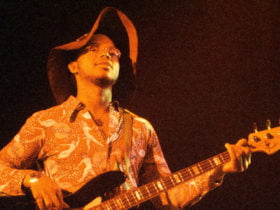 The Indian music festival, Sunburn has revealed something special coming up on 29th Aug(this month), It has not disclosed anything yet. Check out the post below.

They also announced the opening party via Instagram and wrote that, “Relive the final 8’s opening party, brought to you by @heineken_in and powered by Defected! Tune in to @sunburnfestival Facebook and YouTube page on 15th Aug at 5:30PM to catch the live stream.”

It will be broadcast on Festival Facebook and YouTube page on 15th Aug at 5:30PM, check out there to catch the live stream.

This year, Sunburn introduced its SCC, where it offered a variety of exciting benefits at Sunburn events that you would not want to miss.

It has also released Sunburn Goa 2019 after movie. The after movie gives you a thrill feeling with amazing views and reminds those great days. They wrote, “Thank you, everyone, for such wonderful memories at Sunburn Festival Goa 2019.” Check out the full movie here.

Sunburn is a commercial electronic dance music festival held in India. It was previously in Vagator, Goa, India every year, but now has been shifted to Pune in Maharashtra.