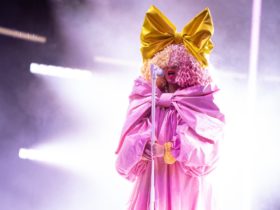 The South Korean pop group, SuperM has announced their brand new long-awaited debut album named ‘Super One.’ Check out the post below.

The k-pop group, revealed the new album first track ‘100‘ releasing date, the track will be released on August 14th, 2020, also the second single ‘Tiger Inside‘ will release on 1st September 2020. While the album ‘Super One‘ will be released on 25th Sep 2020(Next Month).

The album, ‘Super One’ marks their first self-titled EP, which was released on October 4 last year. It also marks the number one spot on the Billboard 200 chart ranking, which makes SuperM the second South Korean group in history to top the US album chart and the first Korean act to do so with a debut release.

They have shared only dates, no other information was shared by the Korean band, and fans had been waiting for this album for a long time and, may have to wait until the music arrives to learn who was involved and what direction the septet has decided to go in for their second chapter.

On the band’s reveling, SM govt Chris Lee in contrast to the group to Marvel’s Avengers.

“We’re maintaining their groups, their solo careers, and on top of this we have this ‘Avengers’ group to pull them together,” he said, as reported by Forbes.

“There’s already an Iron-Man, a Thor, etc; and just like how the Avengers can have their own successful movies, there is a different kind of energy when they are together as the Avengers.”

“We want to create a synergy between their groups, them as solo acts, and the Super M group to create a big wave in this K-pop industry.”