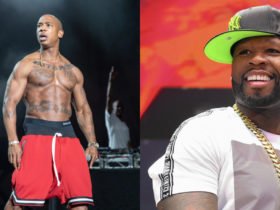 50 Cent Says, ‘Stay Out Of My Way’ To Ja Rule After Private House Parties

House music supergroup, Swedish House Mafia has returned with their new single named “It Gets Better.” Listen to the full song below.

After a long time, the trio Sebastian Ingrosso, Axwell, and Steve Angello returned to the studio to work on a new project together.

Also, Billboard just released their new front cover and it features the powerhouse trio. The cover shows the three along with the words “New Label, New Manager, New Music.”

“When we came back together again, it was like we had to rediscover what this was,” says Angello, “We all have our different likings, obviously. [But then] Seb shows me something, or Ax shows me something I have never seen or heard, and it becomes this magic again that we had when we were young.”

“It was just like, ‘What the f–k do we do? How do we come back? Do we just give them another [version of] what we’ve done before?’ ” Ingrosso recalls the group thinking as it mulled a comeback.

They also stated that it’s first new single, “It Gets Better,” certainly doesn’t sound retro: A sleek, imposing amalgamation of punchy beats, walls of synth and quick 180s into drops composed of what appears to be cowbell, it is, the group promises, just the start of more new music leading up to Swedish House Mafia’s debut album, Paradise Again, planned for a late-2021 release.

Swedish House Mafia Returns With New Single, “It Gets Better”

Swedish House Mafia – “It Gets Better” Out Now! Like This Track? Stream & Download The Full Song By Clicking Here.