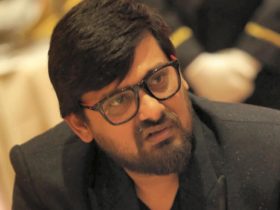 The Record producer, Tame Impala have shared the video, where he played a remote “Tiny Desk Concert” for NPR. Watch the full video below.

The studio version of the band is pretty simple on paper. All songs are written, produced and performed by Kevin Parker. For the live version, Parker is still front and center but surrounded by a host of musicians who interpret his recorded work almost to a tee.

The Tiny Desk is working from home for the foreseeable future. Introducing NPR Music’s Tiny Desk (home) concerts, bringing you performances from across the country and the world. It’s the same spirit — stripped-down sets, an intimate setting — just a different space.

“I’ll get Jay (Watson) and Dom (Simper) and we’ll do this kind of electronic jam with heaps of equipment around us and we’ll recreate the songs with samplers and sequencers,” Parker says. “I’ve wanted to do something like this for a while and thought Tiny Desk would be the opportunity to do it.”

READ MORE – Above & Beyond Drops New Single ‘I Saw Good’

Bobby Carter said, “With beats, effects, and synths pumping through a DJ mixer sitting on a school desk in his home studio in Australia, we present Tame Impala as you’ve never heard it before. As much as I love Tame Impala’s music, I’m probably more intrigued by the creative process that brings the songs to life.”