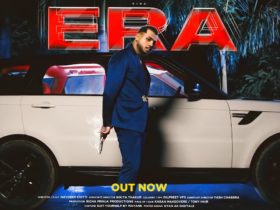 The world famous rock band Foo Fighters drummer Taylor Hawkins and The Coattail Riders has released their new official video song named “Middle Child“. The video comes after “Get The Money”, this was the Taylor’s third record with the Coattail Riders, released in November 2019.

The adorable things is that, The Taylor is seen in the video with his daughter. In the video you will see the pair are seen dancing on clouds, roasting marshmallows and riding on the unicorns, which is indebted to his love of ’70s rock.

Here is the official video song “Middle Child” by the most popular rock band group Foo Fighter Taylor Hawkins. Hope you like this video song and must list here and share this with your friends.

Oliver Taylor Hawkins is an American musician, best known as the drummer for the rock band Foo Fighters. Prior to joining the band in 1997, he was the touring drummer for Alanis Morissette as well as the drummer in a progressive experimental band Sylvia.