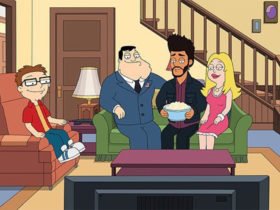 The American singer, Taylor Swift is going to release a new album named ‘folklore‘ at midnight Eastern tonight (July 23). – Check out the announcement below.

She surprisingly announced about the her new album releasing time on Instagram, the album features 16 brand new tracks. The National’s Aaron Dessner co-wrote or produced 11 tracks, and Bon Iver co-wrote and sings on one; the National’s Bryce Dessner also penned orchestration on the LP, according to the band’s Twitter account.

“Most of the things I had planned this summer didn’t end up happening, but there is something I hadn’t planned on that DID happen,” she wrote on Instagram, announcing the surprise release. “And that thing is my 8th studio album, folklore. Surprise Tonight at midnight I’ll be releasing my entire brand new album of songs I’ve poured all of my whims, dreams, fears, and musings into. I wrote and recorded this music in isolation but got to collaborate with some musical heroes of mine.”

She added on the next post, “folklore will have 16 songs on the standard edition, but the physical deluxe editions will include a bonus track called “the lakes.” Because this is my 8th studio album, I made 8 deluxe CD editions and 8 deluxe vinyl editions that are available for one week😄 Each deluxe edition has unique covers, photos, and artwork.”