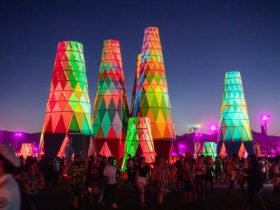 The American singer Taylor Swift has shared a mystifying new cover of her track ‘Look What You Made Me Do.’

The new cover track has appeared on a new episode of Killing Eve. In August 2017, Taylor Swift released the lead single from her sixth album

A cover of the track has now been featured on the TV show, Killing Eve, starring Jodie Comer and Sandra Oh, playing over the titles in the latest episode of season three.

The version that seems on the most recent episode of the BBC drama is being interpreted by fans as an approach to get back at her rival and Big Machine label boss Scooter Braun.

It’s now being claimed that Swift recorded the music along with her brother to be able to keep away from Braun and Big Machine from claiming any royalties from the song’s use on the show.

Swift shared a small video on her Twitter handle with the caption, “VERY STOKED about this cover of lwymmd on @KillingEve by Jack Leopards & The Dolphin Club!!”

Check out the video here.