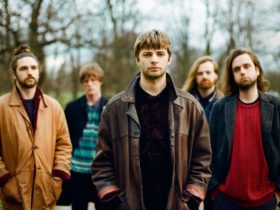 American singer-songwriter, Taylor Swift will be performing at the 55th ACM(Academy of Country Music) Awards on Wednesday (Sept. 16). Country Music announced Sunday. Check out the announcement below.

Taylor Swift, on her Instagram story, announced this with a promotional spot that appeared on ACMs host network CBS during an NFL broadcast Sunday and wrote, “Bout to show up at your party @acmawards,” The event is produced by Dick Clark productions.

This will be her first performance in seven years on the ACM Awards stage. Swift will perform “Betty” from the new album Folklore and this will take place from the Grand Ole Opry House. She is a two-time winner of the ACM’s Entertainer of the Year Award and, overall, nine-time ACM Award winner.

Keith Urban will be hosting the event & other musical artists who will perform for the ACM Awards include Miranda Lambert, Kelsea Ballerini, Kane Brown, Florida Georgia Line, Luke Bryan, Luke Combs, Tim McGraw, and many others.

Taylor Swift Will Perform At The 2020 ACM Awards

On 24th July, Taylor Swift officially released her latest album named ‘Folklore,’ and she also dropped the music video for the album track “Cardigan.” The album ‘Folklore‘ is Taylor Swift’s eighth album and a follow-up to last year’s Lover. The 2019’s LP got a much more traditional roll out, including music videos for “ME!,” “You Need to Calm Down,” “Lover,” and “The Man.”

Meanwhile, the year 2013 also marked the last time she performed on the CMA Awards when she sang her then-current “Red” in a stripped-down setting with the help of Vince Gill and Alison Krauss.