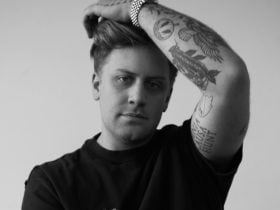 American singer & songwriter, Taylor Swift has unleashed her new unreleased track, ‘You All Over Me.’ Listen to the full song below.

The track is the first track from her “From the Vault” series that will be released on the re-recorded version of her 2008 album Fearless. It is also features backing vocals by Maren Morris. Produced by the National’s Aaron Dessner and was co-written by Scooter Carusoe.

The track marks Swift’s re-recorded version of “Love Story,” which was released in Feb[last month]. She also released the “Elvira Remix” of that song. Swift is re-recording her first six studio albums, from 2006’s Taylor Swift to 2017’s Reputation in an effort to regain control of her work after Scooter Braun bought and later re-sold those master recordings.

She sings, ‘Once the last drop of rain has dried off the pavement / Shouldn’t I find a stain, but I never do / The way the tires turn stones, on old county roads / They leave ‘em muddy underneath’

Fearless (Taylor’s Version) will be released on April 9. In the meantime, Last year In July, She released her super hit album, folklore, then In December, she dropped another part of Folklore, the album ‘evermore‘.