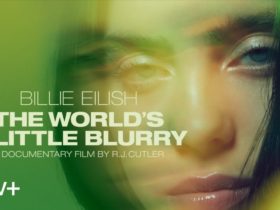 The American rapper Tekashi 6ix9ine has revealed the release date for his new music video.

It seems like, his new video will blast the world wide internet, he said that he’s moved the release date for the song in question to next Friday (May 29).

Recently, the rapper’s comeback track ‘Gooba’ song broke YouTube’s existing record for the most views of a hip-hop video in its first 24 hours.

After seeing his video number three, 6ix9ine accused billboard, “you can buy Number Ones on Billboard“.

The music artists Ariana Grande and Justin Bieber have replied back at Tekashi 6ix9ine after accused the pop stars of buying the Numer One spot on Billboard‘s Hot 100 chart.

“To anybody that is displeased with their placement on the chart this week or who is spending their time racking their brain thinking of as many ways as they can to discredit hardworking women, I ask you to take a moment to humble yourself,” Grande said in a statement.

Tekashi shared a post on his Instagram with the announcement, “NEXT VIDEO WILL BREAK THE INTERNET IM PUSHING IT BACK TILL NEXT FRIDAY MAY 29TH ?????????????????”