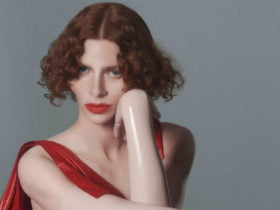 American rock band, The Afghan Whigs has dropped their new song named “I’ll Make You See God” in 5 years. Listen to the full song below.

The track will feature in the upcoming PlayStation game Gran Turismo 7, which was released on March 4, and the single is also being released via Royal Cream/BMG.

Speaking about the new single, The Afghan Whigs frontman Greg Dulli said: “That’s one of the hardest rock songs we’ve ever done. It was written and performed on sheer adrenalin.”

The vocals come up, “They’ll ask you who you know / You know me / These complications don’t / Come for free / Once you break it / Now there’s no mistaking the buy / Hope and pray / That your luck walks into defy”

The Afghan Whigs also announced brief U.S. tour dates which will be beginning on May 11. You can see the full list of dates below and buy tickets here: