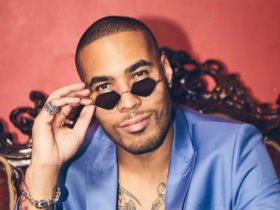 Rock band, The National has teamed up with Bon Iver for a new song, “Weird Goodbyes.” Listen to the full music below.

The song features strong contributions from the London Contemporary Orchestra, orchestrated by the National’s Bryce Dessner.

In a statement, the National’s singer Matt Berninger said that “Weird Goodbyes” is “about letting go of the past and moving on, then later being overwhelmed by second thoughts.”

“‘Weird Goodbyes’ was one of the first new songs we made. I was misusing drum machines, as usual, and stumbled onto this beat that got stuck in my head—it felt like something only [drummer] Bryan [Devendorf] could naturally play. We built the song around the beat. Matt’s melody and words felt so elegant and moving from the beginning—mourning a loss of innocence and motivation, holding onto memories and feelings that inevitably slip away and the grief we all suffer in weird goodbyes.”

The vocals come up, “Memorize the bathwater, memorize the air / There’ll come a time I’ll wanna know I was here / Names on the doorframes, inches and ages / Handprints in concrete, at the softest stages”