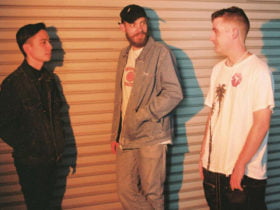 The Rock band, The Rolling Stones will be opening a world-first flagship store on London’s Carnaby Street On September 9th, 2020. Check out the post below.

The Rolling Stones shared a video via Twitter and announced that “On September 9th, 2020 the Rolling Stones will be opening a world-first flagship store on London’s Carnaby Street! RS No.9 (9 Carnaby St) will feature exclusive collaborations, new fashion & merchandise, alongside the band’s latest music releases.”

“Soho has always encapsulated rock’n’roll so Carnaby Street was the perfect spot for our own store,” the Stones said in a statement. “We are confident this exciting project that our friends at Bravado have created will be an unrivaled experience for everyone to come to London and enjoy.”

Know More about the shop here.

These two new tracks will feature on the band’s forthcoming expanded edition of their 1973 ‘Goats Head Soup’ album, including previously unreleased tracks “All The Rage,“ plus many more rarities, outtakes, and alternative mixes.

“Goats Head Soup” was the Stones’ 13th studio album in the U.S. and was their last collaboration with producer Jimmy Miller, the man responsible for Stones’ albums such as “Let It Bleed” (1969) and “Sticky Fingers” (1971).