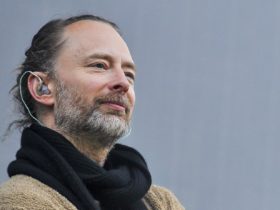 The music festival, The Roots Picnic has revealed its 2022 lineup includes, Jazmine Sullivan, Wiz Kid, Mary J. Blige & many more. Check out the full lineup below.

The music festival will take place on 4 and 5 June at Philadelphia’s Mann at Fairmount Park & headlined, hosted, and curated by the Roots. The pre-sale kicks off at 10 am ET with code RPALUMNI by clicking here.

READ MORE – Rage Against The Machine Rescheduled Tour Dates To 2023

In a statement, Shawn Gee (president of Live Nation Urban, manager of the Roots, and co-founder of the Roots Picnic), said, “This year, Black Thought, Questlove, and I attempted to curate a lineup that broke through the genre barriers that often separate us in Black culture. To be able to book Mickey Guyton, Kirk Franklin, G Herbo, Wizkid, Wallo & Gillie, and Mary J Blige on the same lineup was a dream come true.”