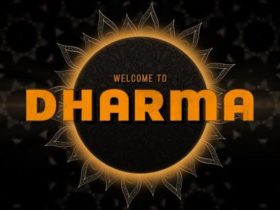 American rock band, The Strokes shared their brand new music video of the track, ‘The Adults Are Talking.’ Watch the full video below.

The track, ‘The Adults Are Talking is the first track from their album, “The New Abnormal,” which they released this year(10th April). The video is featuring the New York band donning The Strokes-brand baseball uniforms before going through a robotic pitcher, adopted by others taking over robots in tennis and boxing.

On November 30th(Yesterday), The Strokes teased the music video song via Twitter, sharing a short-second clip of Albert Hammond Jr. playing baseball and a man boxing with a robot. In the meantime, At the start of November, the band performed the song, in addition to ‘Bad Choices’ throughout their Saturday Night Live look.

The Rock band released its sixth studio album, ‘The New Abnormal.’ The album features 9 brand new tracks includes, ‘At the Door,’ ‘Bad Decisions’ and ‘Brooklyn Bridge to Chorus.’ The project was produced by Rick Rubin and recorded at his Shangri-La Studios in Malibu, California, and features cover art of painting by late neo-expressionist artist Jean-Michel Basquiat called “Bird on Money.”

Recently, frontman Julian Casablancas said that “he became ‘sick’ of playing old songs live, saying the music doesn’t move you” when playing the same songs repeatedly. When you’re growing up and imagining playing music, it is for the excitement, but the one aspect of doing it for a living that is a sadness you don’t anticipate is that you play songs so much, you become sick of them.”

“We hadn’t played for a while,” earlier this year, Casablancas said, “so it was still fun, but when you start playing 30 or 40 shows,

The Strokes Shares New Music Video, ‘The Adults Are Talking’