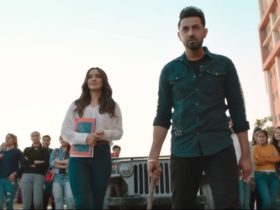 Canadian singer & songwriter, The Weeknd has announced the After Hours Nightmare – Halloween Horror Nights 2022. Check out the trailer below.

He is joining forces with Universal Studios’ Halloween Horror Nights to create two haunted houses inspired by his 2020 album After Hours, as Entertainment Weekly notes.

“The Weeknd: After Hours Nightmare” will open at Universal Orlando Resort and Universal Studios Hollywood in September. Guests will be taken into the world of the album, with characters and themes inspired by Abel Tesfaye’s music and the short films and music videos that have accompanied it.

“I always wanted my own Halloween Horror Nights haunted house as Halloween has always been significant to my music, so this is a total dream come to life,” Tesfaye said in a press release. “I feel like my music videos have served as a launching pad for a collaboration like this, and I cannot wait for people to experience this madness!”

After Hours Nightmare opens on September 2 at Universal Orlando Resort and September 8 at Universal Studios Hollywood. Events at each location will run through October 31. Watch a short teaser for the experience below.