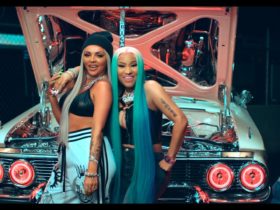 The Canadian singer The Weeknd has released his fourth full-length album called ‘After Hours‘. The album features 14 brand new tracks including Alone Again, Too Late, Hardest To Love, Scared To Live, Snowchild, Escape From LA, Heartless, Faith, Blinding Lights, In Your Eyes, Save Your Tears, Repeat After Me, After Hours & Until I Bleed Out.

Check out the full album here.

Collaborated After Hours include Lopatin, Max Martin, Metro Boomin, Frank Dukes, and Illangelo. Plus, Tame Impala’s Kevin Parker is credited on “Repeat After Me (Interlude).”

Recently, The Weeknd has announced a new ‘After Hours’ UK Tour 2020. The gig will follow on from a trio of shows at the venue on October 11-13. Grab the tickets by clicking here