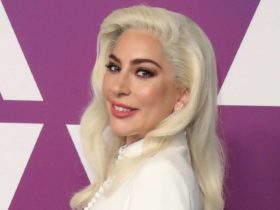 TIME Magazine Unveiled its 2020 annual list of the TIME 100 most influential people in the world, where Megan Thee Stallion, Selena Gomez, the Weeknd, Halsey, and J Balvin were among the many notable musical artists named on the list.

The Weeknd’s entry is written by Elton John, “This year, I met Abel Tesfaye, who performs as the Weeknd, at an Oscars party. He said I would be excited when I heard his new album, After Hours, but didn’t tell me why. That seemed to sum him up. He’s a mysterious figure in an era when the mystery is rare in pop.”

Selena Gomez’s entry is written by AMERICA FERRERA, “Selena Gomez is unabashedly spreading her wings and influence into whatever lane her passions lead her. She has always been a great musician, but she’s also always been more than her music.”

J Balvin’s entry is written by CAMILA CABELLO, “When I first met J Balvin—or José, as his family and friends know him—my family and I were already huge fans of his. We would play “Ginza” and “Ay Vamos” at all our family parties. He was already making people all over the world dance.”