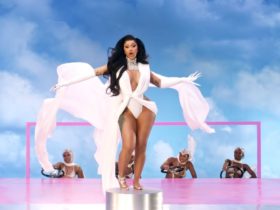 The musician Thom Yorke debuts his newly finished, never-before-heard song “Plasticine Figures” on The Tonight Show in an intimate quarantine performance from his home.

The song follows the release of Yorke’s third solo album, Anima, which has arrived now. He was rescheduled his North America tour as part of his Tomorrow’s Modern Boxes tour was about to hit in March, but it was postponed due to COVID-19.

Thomas Edward Yorke is an English musician and the main vocalist and songwriter of the rock band Radiohead. A multi-instrumentalist, he mainly plays guitar and keyboards and is known for his falsetto. Yorke was born in Northamptonshire.