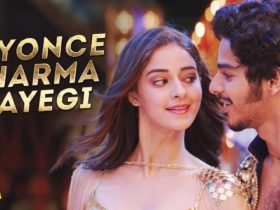 The three songwriters Justin Raisen, Jeremiah Raisen, and Yves Rothman have filed a countersuit against singer Lizzo. They claim that they helped write the pop star’s breakout smash “Truth Hurts,” but were not properly credited on the song.

In their countersuit, filed on 28th Feb, in a California federal court, the Raisens and Rothman reassert claims they made online last year that they worked on a demo with Lizzo that eventually became “Truth Hurts.”

She accused the trio of coming “out of the woodwork” and trying to grab a piece of her song after it became popular. Her comments at the time suggested that they were mainly arguing over who came up with the famous “100% that bitch” line.

The countersuit claims that in May 2017 Lizzo’s management told the Raisens that “Healthy” had “a shot” of making Lizzo’s then-forthcoming EP. After that, they claim they didn’t hear anything about the song until August when they were informed that “Healthy” was not going to be used.

“Truth Hurts” was released September 2017 and the suit cites a September 19th, 2017 Lizzo tweet, in which she thanked Saint John and stated that “Truth Hurts” came “from a whole otha song we wrote,” with the countersuit alleging that the other song was “Healthy.”

“At the end of the five-hour session, Justin, Jeremiah, Yves, [credited songwriter Jesse Saint John] and Lizzo had each contributed inseparable and interdependent non-trivial amounts of creative, original and intellectual expression to create ‘Healthy’ and a second song ‘Gorgeous,’ with the intent that their creative contributions be combined.”

In a statement obtained by The Hollywood Reporter, lawyers representing the Raisens and Rothman said:

“Lizzo is a talented musician and performer who currently enjoys immense popularity based on a hit song that she did not write … When the case proceeds to trial, we look forward to sharing the sound recordings, videos, photographs and musicology that 100% prove that collaboration. Our clients deserve their fair share of the recognition and revenue that comes from collaborating on a hit song. From the standpoint of the industry as a whole, a contrary result would make it impossible for working musicians to be confident that they will be properly credited for their work if they get into a studio and create songs with powerful artists.”