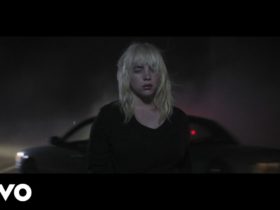 American musician Thurston Moore has released his first single called ‘HASHISH‘ from forthcoming album ‘BY THE FIRE‘. – Listen below.

Thurston wrote about the new track, “This love transmission is a video for the song ‘HASHISH’ by the Thurston Moore Group from their forthcoming album ‘BY THE FIRE’ coming out via our record label The Daydream Library Series.

“It is an ode to the narcotic of love in our shared responsibility to each other during this time.” He added, “This footage is from touring with Thurston, Deb, James & Jem through Europe as well as clips from home during COVID lockdown safe in space with respect to the sacred healing truth of nature.”

He will release a new solo album titled ‘By the Fire’ on September 25 via his own Daydream Library Series label. Last month, Moore shared a new track titled ‘May Daze’, which additionally featured Shelley, Googe, and Sedwards. It was recorded at The Church in London with Paul Epworth, who produced Moore’s 2017 album ‘Rock n Roll Consciousness’.

The album ‘By the Fire’ features contributions from many of Moore’s frequent collaborators. That includes My Bloody Valentine‘s Deb Googe on bass and backing vocals, along with James Sedwards on guitar. Negativland’s Jon Leidecker contributed electronics, while both Jem Doulton and Moore’s former Sonic Youth bandmate Steve Shelley played drums.