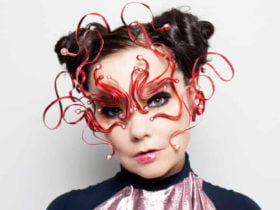 Dutch DJ and record producer, Tiësto has signed a worldwide deal with Atlantic Records and also announced he will release a new song called “The Business” this month.

The new single, ‘The Business‘ will be released on 25th Sep and will follow-up Tiësto’s first commercial release since his 7th studio album, “The London Sessions.” The London Sessions, which released earlier this year, included the single “Jackie Chan,” featuring Preme & Post Malone.

MUST-READ – 10 Apps Every Music Producer Needs On Their Phones

“Now, with his exclusive worldwide signing to Atlantic,” the announcement concludes, “Tiësto is poised to once again lead the next evolution of electronic dance music, as ever exploring uncharted terrain to create what may well be his biggest and boldest music thus far.”

Tiësto(real name Tijs Michiel Verwest OON) is a Dutch DJ and record producer from Breda, North Brabant. He was named “the Greatest DJ of All Time” by Mix magazine in a poll voted by the fans. In 2013, he was voted by DJ Mag’s readers as the “best DJ of the last 20 years”.

Through the years he has teamed up with Busta Rhymes, the Chainsmokers, Diplo, Gucci Mane, Icona Pop, Martin Garrix, Tegan & Sara, Matthew Koma, and John Legend, with whom he dropped 2015’s Grammy-winning “All of Me (Tiësto’s Birthday Treatment Remix).”