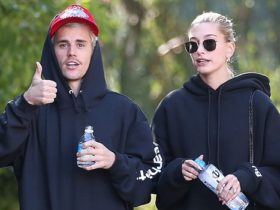 The Dutch DJs and record producers, Tiësto & Nicky Romero has teased their brand new upcoming potential collaboration. Check out the post below.

In the screenshot image we can see that, Tiësto wrote in the post, “Time flies bro!! Let’s finish that collab!,” then Nicky replies, “Let’s go.” The feed comes from a throwback photograph Nicky blasted out of himself and Tiësto, asking followers to guess the year during which it was taken.

Meanwhile, Nicky Romero also shared the photo with Tiësto via Instagram with the caption, “Guess what year this photo with @tiesto was taken? Winner gets a follow ⚡️.” This image is also indicating the new collaboration.

Recently, Nicky Romero released his brand new project alias named ‘Monocule,’ a new side-project with 3 new track. The project ‘Monocule‘ marks 3 tracks, Time To Save, Close To Me, & Waiting For You, before the day releasing, Nicky dropped the first track, ‘Time To Save‘ featuring Tim van Werd and Mosimann.

“I’m excited to finally share my first single and EP with the world as Monocule and more than happy to have Tim van Werd & Mosimann being part of this inaugural release!,” Nicky said.

If we focus on the festival season, that moment whenever you already know you’re in it for the whole night time, that’s the soundtrack. Tiesto’s brand new single is able to seize that indescribable feeling one will get when watching Tiësto take over the primary stage and serve it up lately.