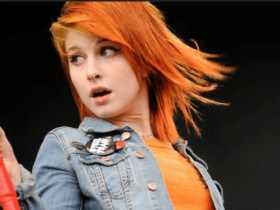 Toronto International Film Festival 2020 – Underplayed will present a portrait of the current status of the gender, ethnic and sexual equality issues in dance music. Watch the UNDERPLAYED Trailer below.

All the filmed over the course of the 2019 summer season festival season, Stacey Lee’s venture exposes gender inequality within the scene with a general uplifting tone, as a result of it’s getting higher, thanks to strong female artists Rezz, Alison Wonderland, Nervo, Tokimonsta and more.

Underplayed will be on screen at the OLG Play Stage at Ontario Place on Saturday, September 19, followed by a live performance set with Top 100 DJ/Producer REZZ, one of the film’s primary subjects.

The story of the forthcoming documentary reads: “Electronic music was born from the ideals of diversity, community, and inclusivity, and yet in 2019 only 5 of the top 100 DJs were women.

They added, “Filmed over the summer festival season, Underplayed presents a portrait of the current status of gender, ethnic, and sexual equality issues through the lens of the female pioneers, next-generation artists, and industry leaders who are championing the change and inspiring a more diverse pool of role models for future generations.

“Ultimately, the film explores how gender disparity happens, a theme that transcends music and finds relevance in many of today’s industries.”

READ MORE – Above & Beyond Drops New Single ‘I Saw Good’

To know more about the Underplayed documentary visit the TIFF website here.

Earlier this month, she released ‘Fellow Feeling’ Remix, She also dropped Underoath’s ‘Someone Else‘ remix. Last month, She released her brand new remix for Melanie Martinez’s track “Tag You’re It,”