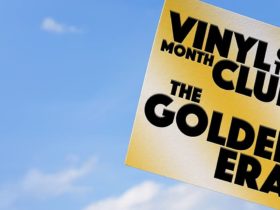 The Australian DJ, Timmy Trumpet has proposed his girlfriend during the live stream with full feelings and ‘She Said YES‘.

On the live stream, Timmy performed a perfect fake out by introducing a song, and said, “We usually perform this song here. But we’re gonna try something different. I want you to stand up on the DJ booth; we’re gonna perform it up here on the DJ booth. Is everyone ready???”

Clearly, his girlfriend Annette wasn’t ready judging by the transition on her face from grinning ear to ear and then realizing what was happening. The sort of garbled “Oh my god yes!” from Timmy’s mic at a distance is a really nice unintentional effect, as well.

congratulation to the newly engaged couple added to the EDM industry.

Earlier this month, Timmy Trumpet teamed up with Singer Vitas and released its brand new EDM track called ‘The King.‘ The EDM track comes a year on since the Russian phenomenon Vitas joined Timmy Trumpet on the Tomorrowland mainstage, the place they first performed their collaboration.