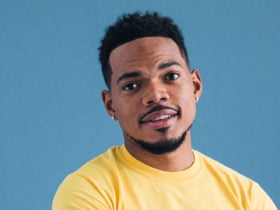 The Australian DJ, musician, Timmy Trumpet teamed up with Vengaboys for the new rendition of their smash hit ‘Up & Down‘. The original track ‘Up & Down‘ was released in 2009 by Vengaboys. Watch the video below.

Up & Down was the international breakthrough single for the Vengaboys, the third single after Parada de Tettas and To Brazil. #1 in the Billboard Dance Chart and # 4 UK singles chart. First airplay on BBC Radio by Pete Tong. This video is credited for bringing the concept VR glasses to a mainstream audience.

“We’ve been following Timmy since his sensational gigs at Tomorrowland.” Vengaboys said about the track, “During our Australian tour, we ended up in his studio in Sydney and made a festival version of ‘Up & Down’ just for fun. We were stoked and immediately could feel it was a hit in the making!”

“Artists like the Vengaboys shaped the music,” Timmy Trumpet added, “I make today so when I was given the opportunity to work with such an iconic group I jumped at it. From the very first time I played it in my set the response was so overwhelming we just had to release it!”

The brand new track is massively enjoyable and tremendous catchy, to not point out the awesomely enjoyable video that comes together with it.

Timmy Trumpet & Vengaboys New EDM Cover Of Track ‘Up & Down’

Last month, Timmy performed this track on live from Sidney 2020. Meanwhile, On the live stream, Timmy Trumpet has proposed his girlfriend during the live stream with full feelings and ‘She Said YES‘.