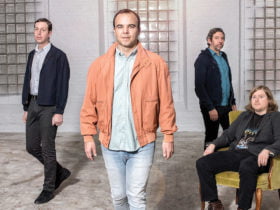 The American singer, and pianist, Toni Braxton has announced her new album named ‘Spell My Name,’ and also released her new single ‘Dance,’ co-written and produced by the R&B ace Antonio Dixon. – Listen the full track below.

The album ‘Spell My Name‘ will be released on August 28th, 2020via Island Records. The new single ‘Dance‘ marks her previous track “Do It,” which trended at No. 3 on Billboard‘s chart 2 weeks ago and was remixed by Missy Elliott last month.

Download and Stream the full audio of ‘Dance‘ here. Pre-save her new album ‘Spell My Name‘ by clicking here.

Braxton additionally hinted on a duet with Kem titled song “Live Out Your Love,” which channels traditional Marvin Gaye ballads. Now both the singers’ album rollouts is going in parallel, since both plan to release new full-lengths on the same day same month.