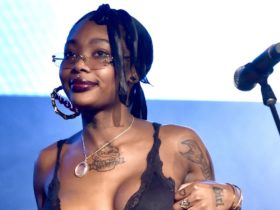 The Musical duo Twenty One Pilots new album “sooner than we were planning” will come soon, according to frontman Tyler Joseph.

“I’m not sure when it’ll be released, but it’s definitely going to be really sooner than we were planning on releasing a record,” Joseph said. “I don’t know if it’s this in-between record or if it’s a continuation of the narrative and where we left off.”

“It’s kind of hard for me to tap into the story of ‘Trench’ and what we’ve been building on up until that point without being out there, without touring, without having those live shows, without interacting with our fans,” he continued.

“Man, as much as I appreciate everyone getting on their computer and playing acoustic bedroom versions of stuff, it’s old to me. I don’t want to just do that. I want to talk to our fans through a record.”

Joseph added: “Right before, I was working on a new idea. I’m excited about it.”

Twenty One Pilots Might Be Release Their New Album Soon

Twenty-One Pilots is an American musical duo from Columbus, Ohio. The band was formed in 2009 by lead vocalist Tyler Joseph along with Nick Thomas and Chris Salih, both of whom left in 2011. Since their departure, the line-up has consisted of Joseph and drummer Josh Dun.