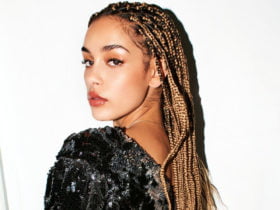 In a press interview, singer Ty Dolla $ign said, “‘Ego Death‘ is a very special record. It’s always an honor working with my brother ’Ye. He’s a genius and we make incredible records every single time we link up. Skrillex and twigs came in and blessed us with the magic that only they can put on the record.

“I played it once at a house party and everyone went crazy.” He added, “A clip leaked online and shit but that’s all good. I just had to find the right time to put it out, so I’m excited that it’s finally THAT TIME! My new album is done and it’s coming very soon.

“Shout to my fans for being patient while I made sure it was perfect, it’s worth the wait… It’s my best work yet. I can’t wait for y’all to hear it!”

In the end, this song will probably chart high because of the names on the track and it’s a pleasant track to place in the midst of a playlist, however, I don’t think many will ever really feel months from now, “Yo, throw on ‘Ego Death,’ that sh*t slaps.”

Ty Dolla $ign and Kanye West have collaborated on many tracks, including “Only One,” “Real Friends,” and Jesus Is King’s “Everything We Need.” On the other hand, Ty$ has also worked with Skrillex on “Midnight Hour,” “two nights part ii,” “Malokera,” and Beach House 3’s “So Am I.”