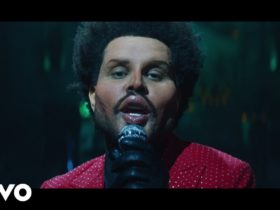 The Weeknd Shares ‘Save Your Tears’ Official Music Video

The new album, ‘Featuring Ty Dolla $ign‘ will be released tomorrow (October 23). Yesterday, he shared the full tracklist of his upcoming album, featuring Kid Cudi, Post Malone, Kanye West & many more. Also, it has previously released singles ‘Ego Death’, ‘Expensive’, and ‘By Yourself’. Pre-save the full album by clicking here.

last night (October 21), He dropped the latest track, ‘Spicy’, which sees him teaming up once again with Malone following their 2018 collaboration ‘Psycho’. You can hear ‘Spicy’ here.

“I keep talking about this new album being all about frequencies.” Ty Dolla $ign said, “I carefully chose each person that’s on this album based on how each song needed that person’s specific frequency. You know, that magic that only that person could bring to the song.

“And ‘Spicy’ was no different. This song needed Post’s frequency. Plus, we were overdue for another hit after ‘Psycho’. “I’m just grateful that he lent his frequency to this song because we DEFINITELY got another one on our hands. Shout out to my brother Posty!”