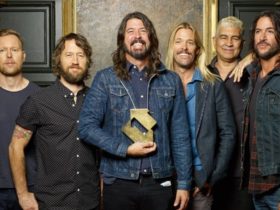 The music video is Directed by WOLF HALEY, DP by LUIS PANCH PEREZ, & produced by TARA RAZAVI FOR HAPPY PLACE. It follows his recent single, ‘LUMBERJACK’ as the second single to land from Tyler’s massively hyped sixth album, ‘Call Me If You Get Lost’, which is due out this Friday (June 25).

“Let’s get some bread, fry the egg yolk and drown it in syrup / You pick a spot, I pick a tail number and we can be tourists / Let’s go to Cannes and watch a couple indie movies that you never heard of,” He raps in the first verse.

‘WUSYANAME’ is a fleeting cut of ‘90s-channeling R&B, with Tyler musing about a mysterious woman he became infatuated with on a road trip wherein he was hunting down brioche.

READ MORE – Al Green, Snoop Dogg, & More To Headline Once Upon A Time In LA Festival 2021

‘WUSYANAME’ Tyler, The Creator Out Now! Like This Track? Stream & Download The Full Song By Clicking Here.