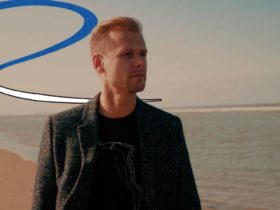 A founding member of the reggae band ‘UB40’, Brian Travers has died at the age of 62. The band confirmed the news.

The group shared the news via Twitter and wrote that “It is with great sadness that we announce the passing of our comrade, brother, founding UB40 member and musical legend, Brian David Travers.

They added, “Brian passed away yesterday evening with his family by his side, after a long and heroic battle with cancer. Our thoughts are with Brian’s wife Lesley, his daughter Lisa and son Jamie. We are all devastated by this news and ask that you respect the family’s need for privacy at this time.”

Travers formed the band in 1978 with his bandmates from various schools across Birmingham, choosing their name as a reference to a form issued to people claiming unemployment benefits at the time.

The band produced hits including Red Red Wine and Falling In Love With You and has sold 100 million albums worldwide.