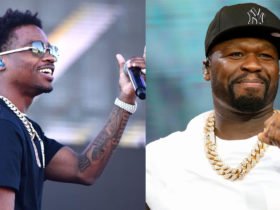 Ultra Music Festival has Disclosed the Phase 1 lineup of year 2020. Recently Ultra Music releases the poster. In this poster They mentioned a lot of DJs name who will perform there and the poster’s design, logo are looking amazing. You will get the festival tickets as soon as possible on Ultra Music Website. Ultra’s 22nd year will see massive live acts, back-to-back sets, exclusive sets, and more. Topping the bill are live acts from Zedd, Major Lazer, Gesaffelstein and Flume.

On Phase 1 many artist’s name has announced and also includes some of EDM’s biggest names like Armin van Buuren, DJ Snake, Richie Hawtin, Eric Prydz, FISHER. If Phase 2 is half as promising as the artists announced in phase 1, Ultra Music’s 22nd installment looks like it will have a lot of audience and big big big event.

On the other hand most of the world famous popular artists like Adam Beyer B2B Cirez D set alongside a Jauz B2B NGHTMRE set. At ultra music their will be two separate back-to-back performances from the Console legend Carl Cox, one sees him teaming up with Maceo Plex, and another Cox alongside Jamie Jones and another featured artist who has yet to be announced.