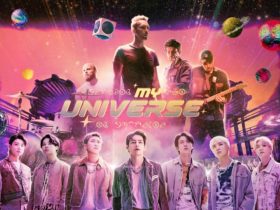 American actor and producer, Vin Diesel has returned with another new music or his second track, ‘Days Are Gone.’ Listen to the full song below.

Vin Diesel has continued his music carrier with his second single, he surprisingly dropped his new track on 30th Oct and said that on Instagram, “On a year like this… when all your franchises were put on hold… There was music! Thank you for allowing me to step out of my comfort zone. Thanks for the continued inspiration. Hope to make you proud.”

Vin Diesel sings, “I remember not too long ago / We were counting stars and hope / The summer nights never turning cold / The season came and went like snow.” The track sound feels great with his smooth vocals.

The new song marks his debut single, ‘Feel Like I Do.’ According to the People interview, he said, “Something about 2020 led me to this tropical house, feel good-style of music. ‘Feel Like I Do,’ at its core, is a positive message, and ‘Days Are Gone’ is a song that I think everybody can identify with in some way. It reminisces about life when it was a little bit more carefree than it is today.”

Vin Diesel ‘Days Are Gone’ Out Now! Like This Track? Stream & Download The Full Track By Clicking Here.