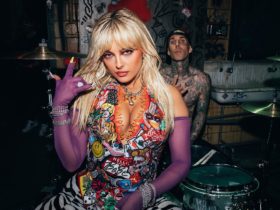 The DJ Alan Walker has released VR video of his new song called “Alone Pt. II” Ft. Ava Max – The VR Experience. Walker released music video for his brand new single “Alone, Pt. II” with Ava max a little while ago. In the video we will see the worlds largest cave where he recorded his song with Ava Max. Check out the video below

Walker said that :- “I released the music video for my brand new single “Alone, Pt. II” with Ava max a little while ago. This is your chance to see the worlds largest cave where the music video was recorded together with Walker #28300 in VR!”

Here is the official VR video “Alone, pt. II” – The VR Experience by the most popular music artists Alan Walker and Ava Max.