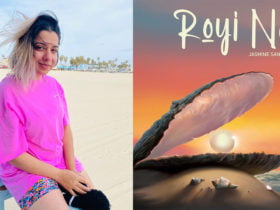 American rock band, Weezer has officially revealed their new album, ‘Ok Human’ release date. Also, the lead Single, “All My Favorite Songs” will release this week. Check out the post below.

Weezer shared the new album information via Instagram with the caption, “Coming faster than dial-up Internet. OK Human, the new album, arrives on January 29th (artwork by @mattiasink). ‘All My Favorite Songs’ is out this Thursday, January 21st at 12am ET + album pre-order starts then too.

They added, “A limited amount of vinyl will be available on weezerwebstore.com This will be the only place to order vinyl from while the stores stock up. p.s. Van Weezer is still coming out on May 7th.”

The lead single, ‘All My Favorite Songs’ is releasing this week. Also, the album will be out on 29th Jan. Meanwhile, previously, the band confirmed that the album Van Weezer still has not released yet which will arrive on May 7. The band has shared three singles off that record: “The End of the Game,” “Hero,” and “Beginning of the End.”