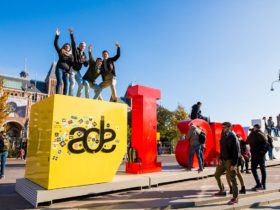 Wu-Tang Clan & RZA ‘Guided Explorations’ is OUT NOW! Like this track? Download or add it to your favourite Spotify/Apple Music playlist by clicking HERE: wutangclan.net/2020/02/26/guided-explorations/

The five-track project was produced in collaboration with TAZO Tea and hears RZA instruct listeners to find a “chill environment” before finding spiritual peace.

Wu-Tang Clan said:- “Creativity lives within all of us, we just have to find a way to unlock it. Join @RZA as he takes you on five Guided Explorations to unlock the inner creative within you. Dim the lights, close the.”

RZA(Read Name Robert Fitzgerald Diggs) is an American rapper, record producer, musician, actor, and director. He is the de facto leader of the Wu-Tang Clan. He has produced almost all of Wu-Tang Clan’s albums, as well as many Wu-Tang solo and affiliate projects.