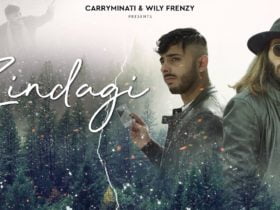 Xiaomi India is going to launch something special this year, after the announcement of its new MI laptop series, now Xiaomi will be launching its Redmi 9 series soon.

According to the leaked information, Redmi 9A is rumored to runs on MediaTek Helio G25 processor coupled with 3GB of RAM and 32GB of built-in storage. It’s likely to run on a 5,000mAh battery. the phone has 13-megapixel rear and 5-megapixel front cameras. Other key features are dual nano-SIM, microSD slot that supports expandable storage up to 512GB, USB Type-C, and 3.5mm headphone jack.

Come to the next model, Redmi 9 also runs on MediaTek Helio G70 processor coupled with 4GB of RAM and 64GB of built-in storage. It’s also powered by a 5,000mAh battery. The phone will reportedly have four rear cameras including 13-megapixel, 8-megapixel, 5-megapixel, and 2-megapixel sensors. On the front, it’s likely to have a 5-megapixel selfie camera.

Check out the table below.