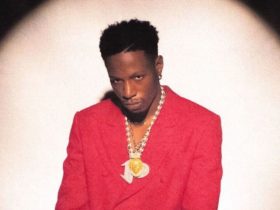 Yola’s new song is about sex positivity, and hence taken from her upcoming album Stand for Myself.

Yola’s new song “Starlight,” Yola celebrates the concept that sex, in all of its forms. From committed partnerships to one-night encounters it has worth. It’s “a song about seeking for positive physical, sexual, and human relationships at every step of your path towards love”. She Adds

Also Read: Gwen Stefani WEDS Blake Shelton In A Private Chapel At His Property In Oklahoma

The song is followed by a surreal music video in which the singer-songwriter walks boldly along a glittery street. The street shown is actually the Printer’s Alley in downtown Nashville. Yola sings over a beautiful R&B music backdrop, “I’ve been thinkin’ ’bout your kissin’/Lord knows what I’ve been missin’/You’re the only one who can put me in such a condition, a state.” “I see starlight in my mind.”

The world appears to attach a negative cliché of icy heartlessness to any sexual connection that isn’t marriage. But this song views through a prism of tenderness, particularly when it comes to sex positivity”. Yola said in a statement. “Understanding the importance of every step of connection and that it is possible for your journey in love, sex, and connection to be nourishing. Temporary or fleeting does not have to be useless or depressing. In the appropriate circumstances, every relationship may teach us something significant about who we are, what we desire, and what is healthy.”

“Starlight” is the latest single from Yola’s upcoming album Stand for Myself, which will be released via Easy Eye Sound on July 30th. The album was produced by Dan Auerbach and the music video was directed by Ford Fairchild.