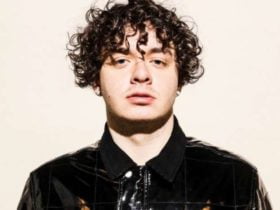 The German-Russian DJ, Zedd has hinted that he is going to collaborate with British musical artist Curbi. Check out the post below.

On Twitter, one of their fans asked Zedd and Curbi, “@zedd Is that a collab with @CurbiOfficial ?,” then Zedd replied to him with one ‘keep Quite’ emoji, and Curbi also replied to Zedd’s tweet with ‘Shye’ emoji.

Seeing those tweets, it seems like something massive will come. It’s been so long time since Zedd has dropped a straight EDM track. After a long time, he is teaming up with Crubi for the new EDM track. We are so excited about the new collaboration.

By most people’s metrics, it would be his remix of “Let Me Love You” by DJ Snake in 2016. Since then, he teamed up with Alessia Cara, Liam Payne, Grey and Maren Morris, Elley Duhé, Katy Perry, Kehlani, and Jasmine Thompson for a bevy of pop-centric EDM-ish hits which have climbed the charts.

Zedd shared a small EDM track video clip on an Instagram story while tagging Curbi. you can find a clip of a new song with some pretty hard festival house vibes.

Last year, On 2nd Dec 2019, One of the Zedd’s fans ask about the new album, and Zedd replied “Ok Fine“. It means Zedd brand new album is coming, But Zedd has not announced the date or something about the album yet.

It is been 5 years since Zedd has not released his new album. Most of the fans of Zedd have been waiting for the new album, and hope He will definitely release the new album called Album3, Yes this will be the 3rd album. He released his 2nd album in 2015. We will get Album 3 as soon as possible.